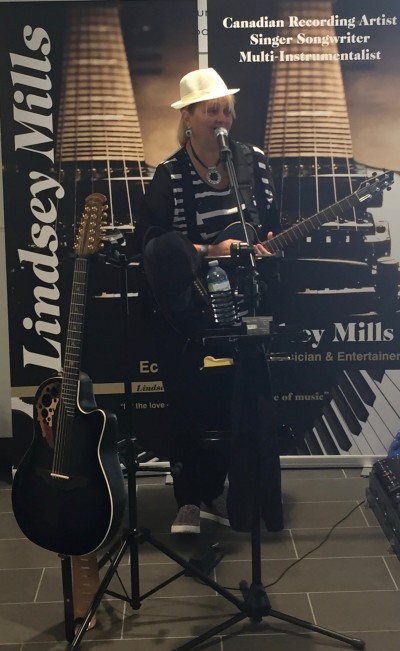 born and raised in the Windsor-Detroit area with strong roots in Cape Breton Nova Scotia. Lindsey is now living and loving the beautiful Niagara Region. Growing up in two countries has been beneficial to her "World of Music." Lindsey's exposure to a wide variety of music has earned her a reputation of being an eclectic musician, songwriter and high energy performer & entertainer who is filled with true passion not only for music but for people as well.

She has performed throughout Canada and the United States and continues to tour and travel and touch people with her music and through her stories. Her humble beginnings as a performer started when playing in Detroit in the well known and historic "Soup Kitchen" in the warehouse district in Downtown Detroit where Lindsey played with and was mentored by some amazing and now well-known musicians.

With 16 albums already recorded Lindsey is currently working on a 25th Anniversary Album which celebrates 25 years since the release of her first album in 1994 "Music Is In The Heart".  She has many accolades and several awards for her music, songs, performances and community work and continues to dedicate her life to music, music education and empowering others.

Lindsey can play over a dozen instruments and her natural gift of curiosity leads her regularly into exploring and learning many others.

She truly lives up to her reputation of being an eclectic musician and her background is evident in her versatile performances and her humorous nature enable her to create an instant friendship and connection with her audiences. 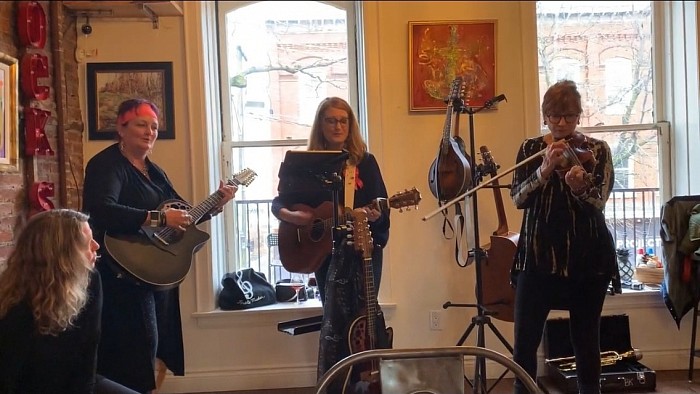